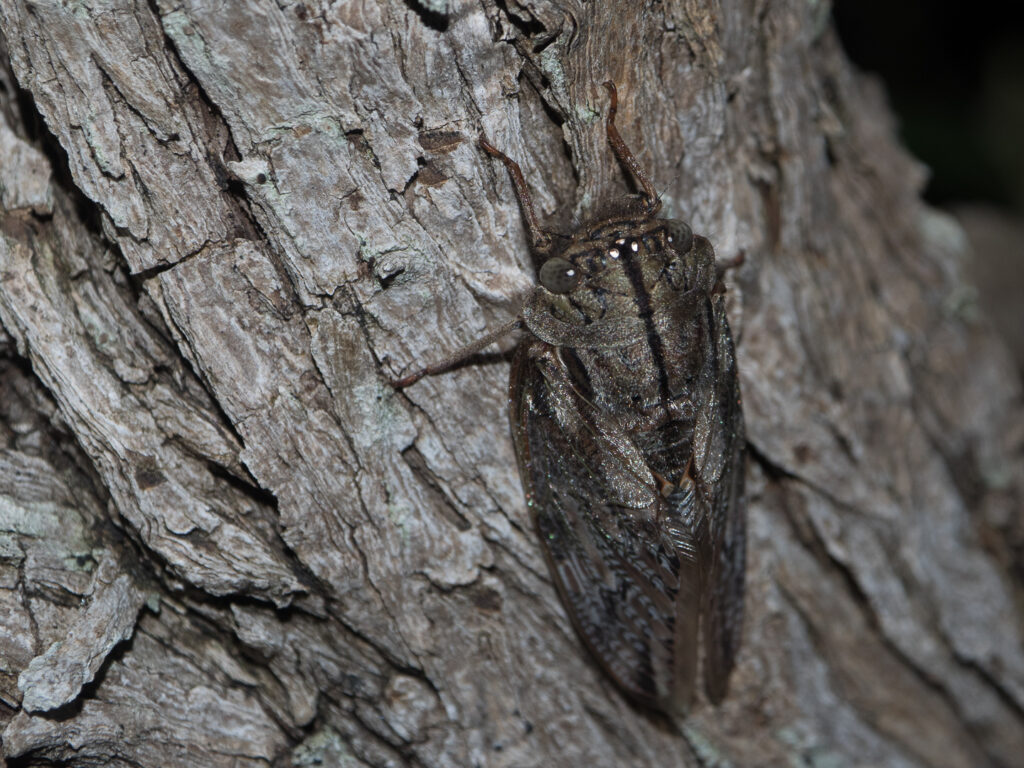 Evening walks in Steenbok awaken all your senses.
In summer the  piercing shrills of the cicadas in the Reserve are so loud they can make your ears buzz!

The Cicada and its environment:
At first glance you could mistake a cicada for a cricket or a moth.  The cicada is in fact a bug belonging to the Hemiptera family (true bugs), which are insects.  The bark-like camouflage on its body helps it blend in with surrounding trees.  Cicadas provide trees with a useful service by pruning weak branches. The trees thereby benefit by not having to waste energy supporting weak or diseased branches.  Cicadas also provide natural fertilizer through their decaying mass, and by recycling nutrients. 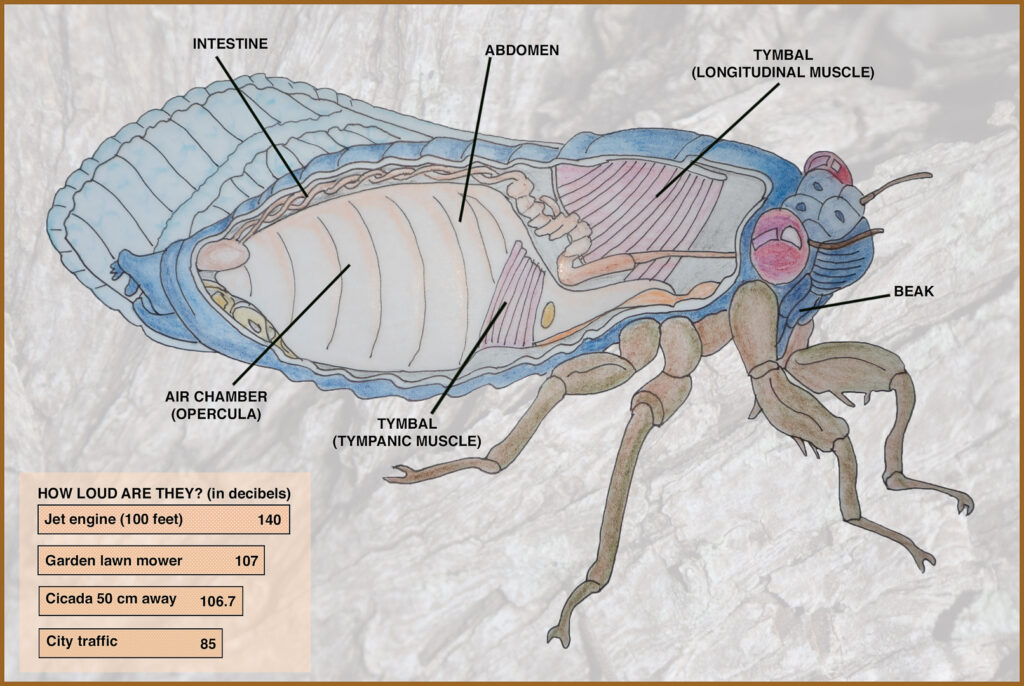 Male cicadas sing by flexing their tymbals, which are drum-like organs found in their abdomens.  Small muscles rapidly pull the tymbals in and out of shape. The sound is intensified by the cicada’s mostly hollow abdomen.  Female cicadas do not sing.  Female and some male cicadas will also make a sound by flicking their wings. 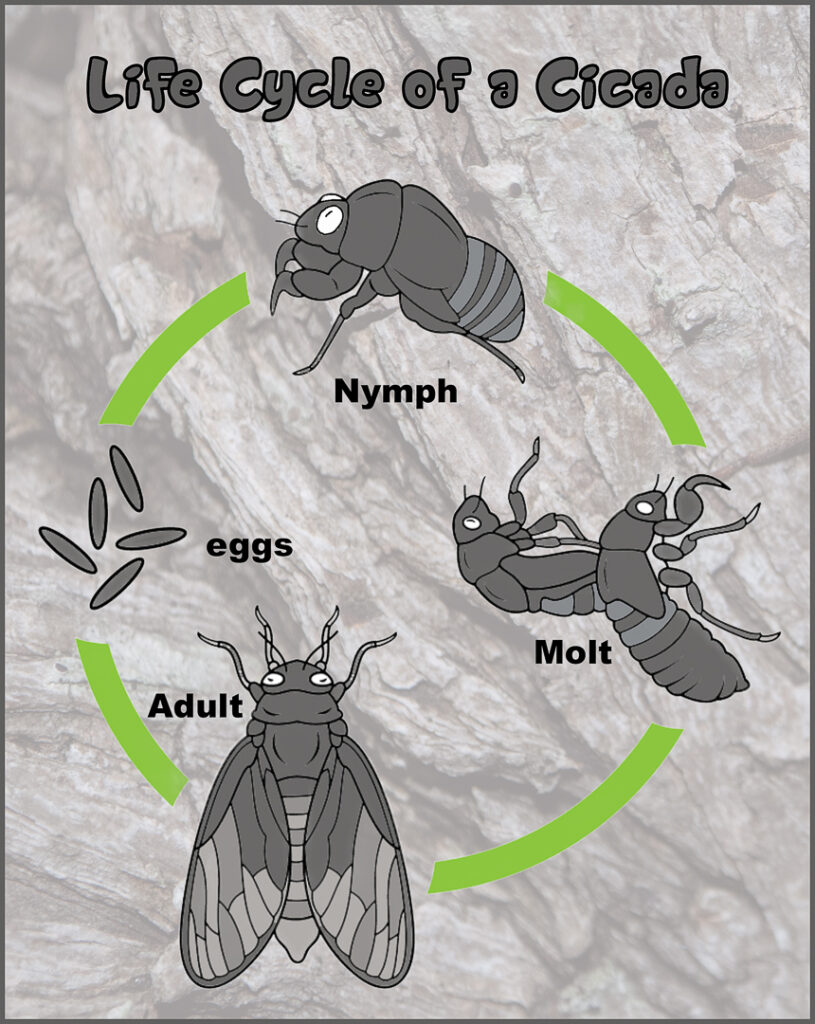 This insect is potentially classified as having one of the longest larval development stages in the world.  Some species of the cicada can live for between two and seventeen years as nymphs before they reach adulthood.

Cicadas are different from other insects in that both the nymph and adult forms have a beak (aka rostrum), which they use to suck fluids called xylem from plants. This is how they both eat and drink.

The surface of the cicada wing is covered with minute waxy cones, which create a water-repellent film. Bacteria landing on the wing are not repelled, but are torn apart by the nanoscale sized spikes, making the cicada wing the first known biomaterial that can kill bacteria!

Preferring warmer climates, cicadas are found on every continent in the world, except for Antarctica. There are about 1300 cicada species worldwide, with 150 different species occurring in South Africa.