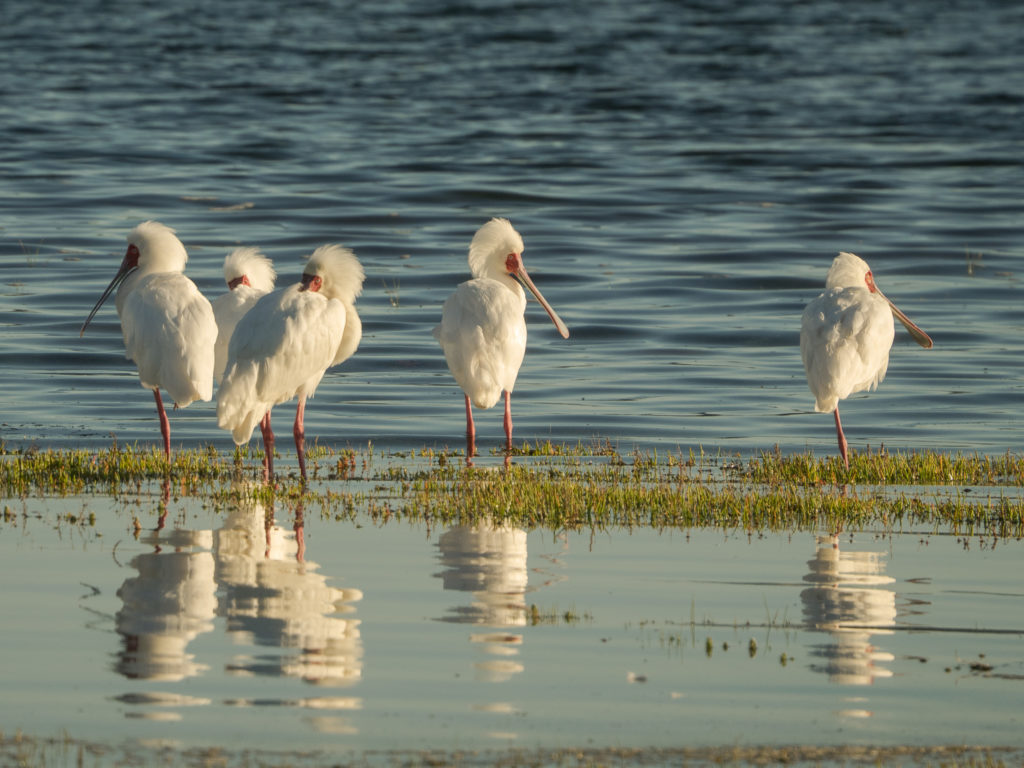 The African Spoonbill is related to the ibis.  They belong to the Threskiornithidae family.  Their Latin name is Platalea alba which, literally translated, means pearl waterbird.  At birth, the African Spoonbill’s bill does not resemble a spoon.  It is born with a short beak, that gradually develops into its spoon-like shape. It usually resembles a spoon right before it is time to leave its nest.  Their long legs make wading in and moving through shallow water pretty easy.  Both the male and female birds are similar in appearance. 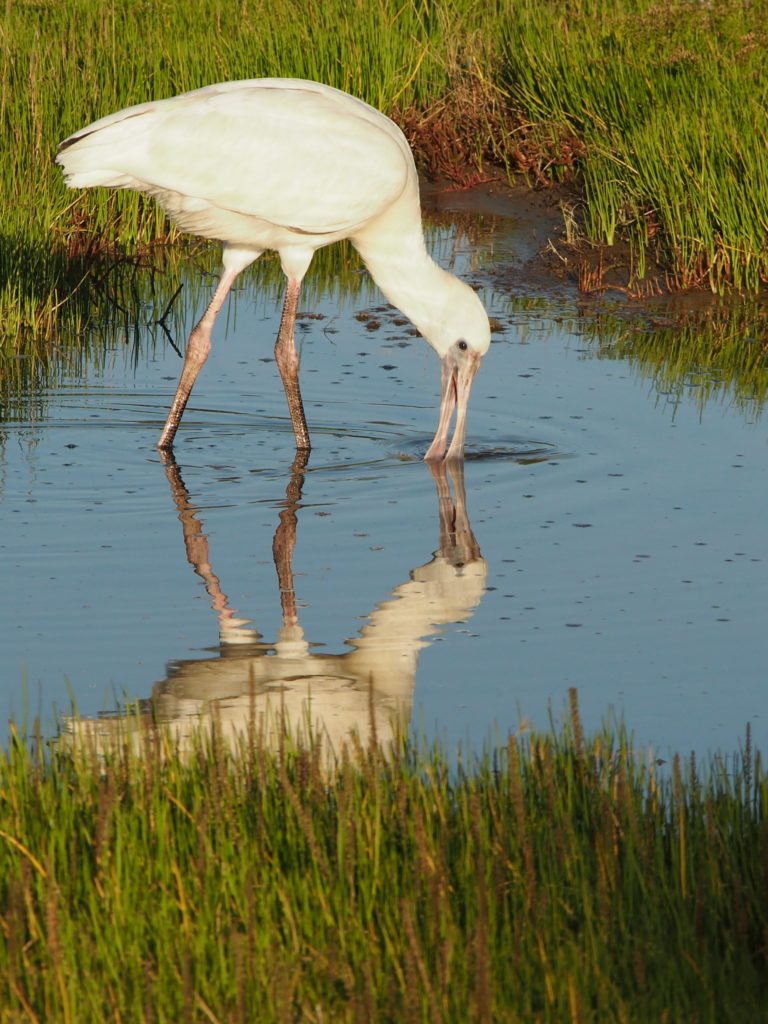 This shy, alert bird is usually found singly and can also be seen in pairs or groups.  It rarely makes a sound except for an occasional grunt when alarmed.  If a human gets too close, they will fly away.  The spoonbill flies with its neck and legs extended while flapping its wings steadily in the air.  It fishes for food by swinging its partly opened bill from side to side in shallow water.

Diet
The bill acts as a scythe (hooked tool).  It will dip its long, flat bill into the water and move it back and forth looking for fish, mollusks, crustaceans, insects and larvae. It will snap up a tasty treat into its signature bill and jerk its head back to swallow.

Breeding
In South Africa these birds usually breed in colonies from late March to September and Knysna offers ideal settings for these beautiful creatures.   The nest is a platform of sticks or reeds in a tree near water but can also be found in swamp reeds, among rocks, marsh plants or cliffs.

The female may lay 3-5 eggs during the months of April and May.  These eggs are usually spotted with colored dots of red, brown or blue.  The eggs are incubated by both parents for up to 29 days.  They also both look after the chicks for 20 – 30 days.  The young spoonbills begin to fly after another four weeks. They are not considered fully mature until they are about three years old.

Humans are Their Biggest Threat 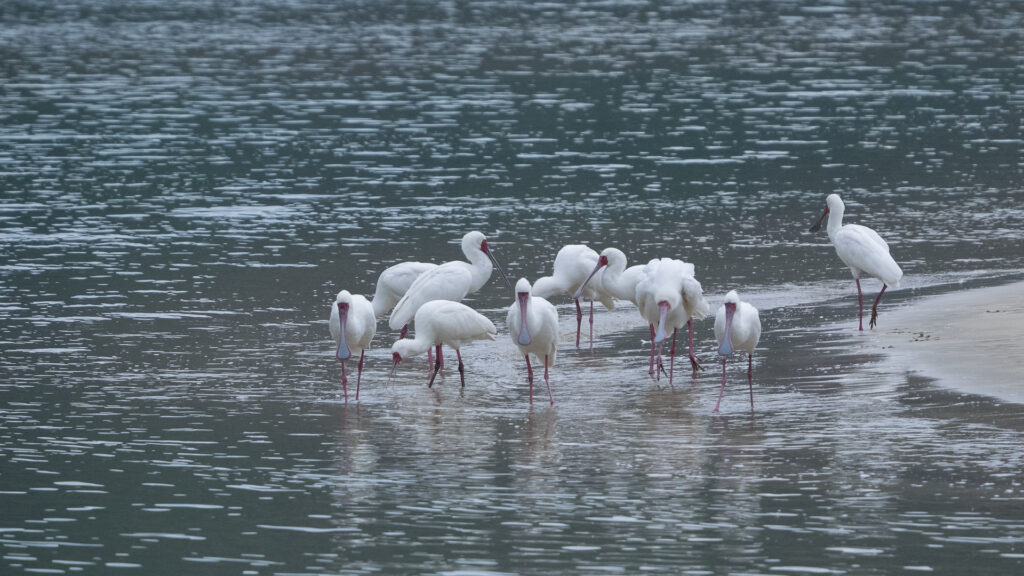 Like most birds, there are predators that spoonbills must be wary of.  The vulnerable, young chicks can be preyed upon by crows, vultures, snakes, and mammals.

The greatest threat to the African Spoonbill whether chick or adult, like many bird species, is the loss of habitat that is the result of man’s increasing encroachment on their natural habitat. As more and more land is being developed, the spoonbills find less area to nest and rear offspring, and less area to fish for food to feed themselves and their families.