Skip to content
« Back to News
Three signs which were previously located in the sensitive inter-tidal area of Kingfisher Creek have at last been relocated to a more suitable position.

With the support of SANParks, SNR we appointed Corine Lambrechts from Acton Signs to carefully remove the signs, and consolidate them on a single sign above the high water line. In the new position the signs are easier to read, and far less visually intrusive.

Interestingly, the small ‘island’ mound on which two of the signs were sited was once the tee-off spot for one of the holes of the Leisure Island golf course! 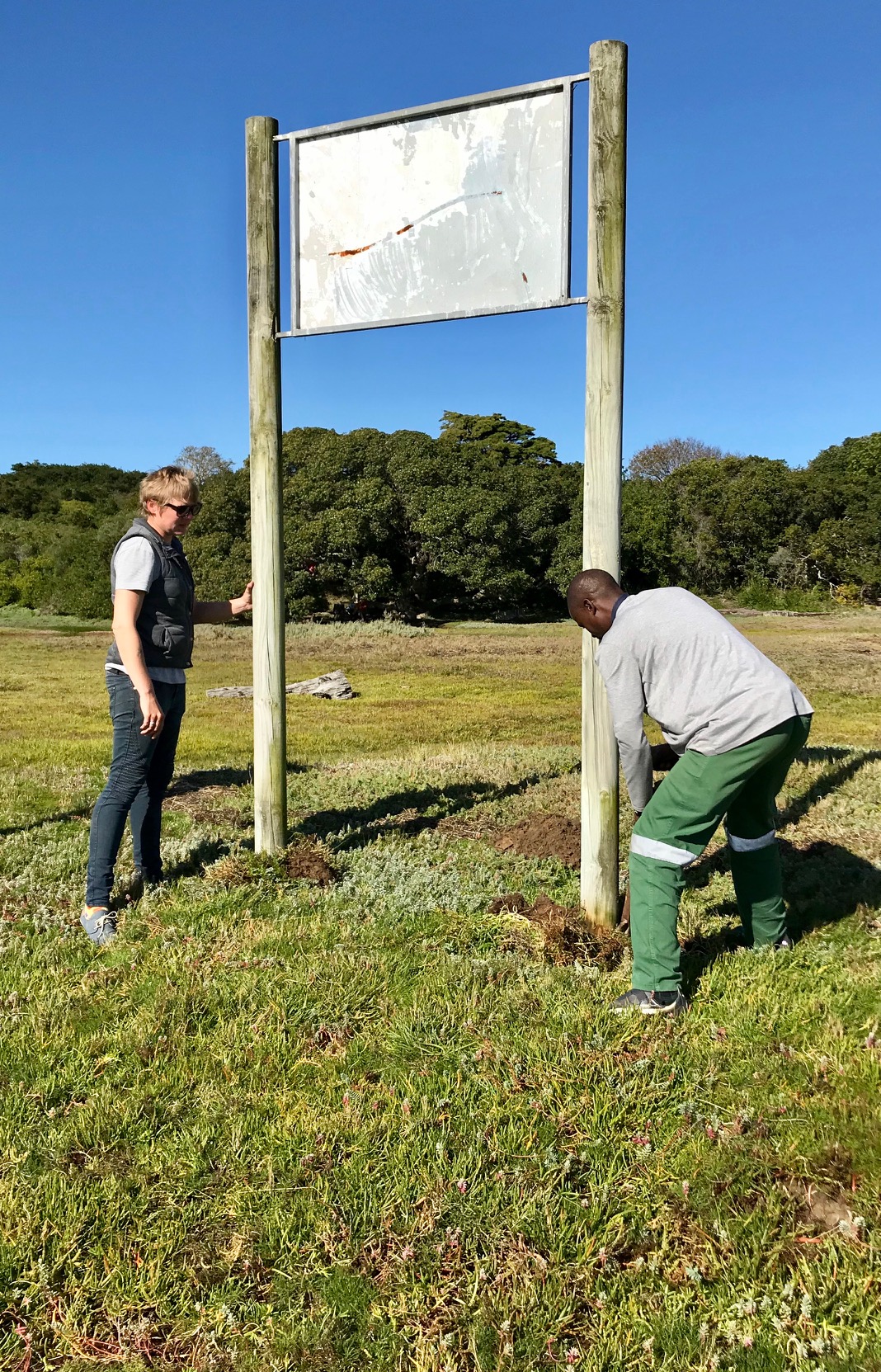 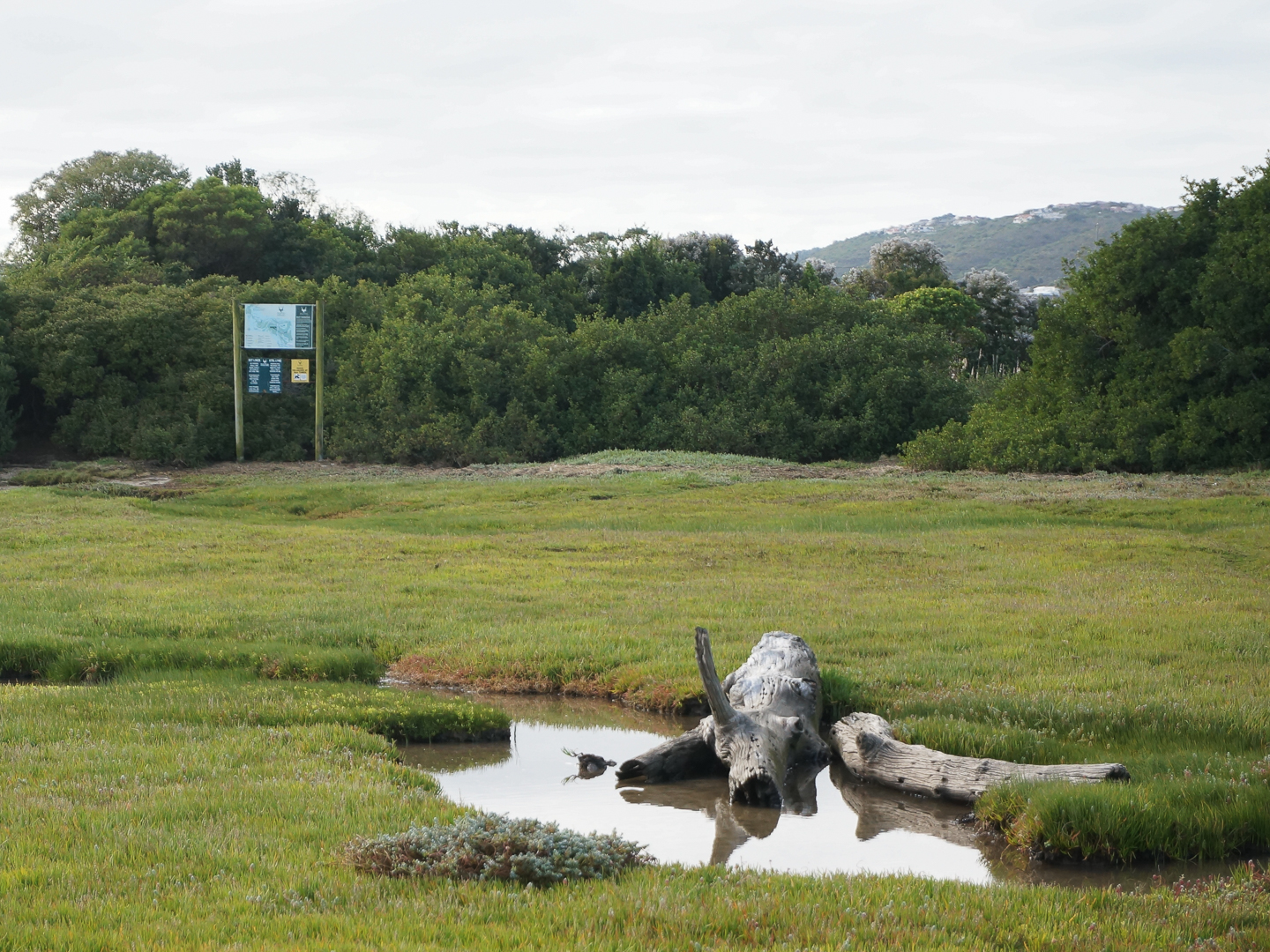 Kingfisher Creek is an environmentally important salt marsh, and one of the Reserve’s special jewels. Sadly it has been criss-crossed with pedestrian paths, which
have cut deeply into the delicate mosaic of vegetation. Cyclists and free-ranging dogs have contributed to the damage.

Consideration is being given to encouraging both visitors and fisher-folk who traverse the Creek, en-route to the dune forest and beaches at Lands End, to use the pathway that runs along the high tide mark alongside the neighbouring houses, rather than taking shortcuts across the Creek. In this way we can contribute to the rehabilitation of the area, and restore its natural beauty.