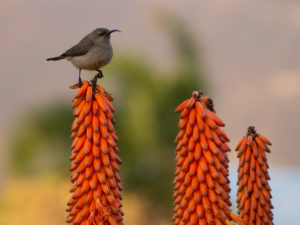 The monthly rainfall for June was 26 mm. This is substantially below last year’s figure and less than half of the ten year average of 70 mm. A disappointing month. 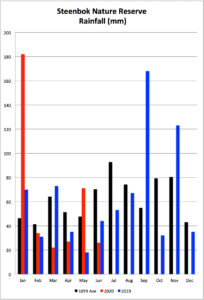 Despite this, the spectacularly high January rainfall has resulted in a cumulative figure for the first half of the year that remains better than last year and better than the ten year average. 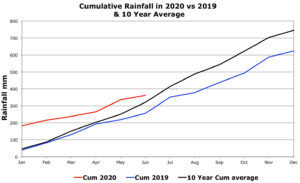