At 35mm, the December rainfall was a bit disappointing. However, looking at 2018 as a whole, it’s been a good year – a smidgen ahead of the ten year average and way better than 2017. Our thanks to Peter Dieterich for his diligent collection of our rainfall figures.

Being January there is little that one can say about the rainfall figure other than it is a very muted start to the year. At 39 mm, it is close to the 10 year average for January, but much less than the splendid January of last year. Given that we only have a single month, the cumulative chart is not significant at this stage but it will be included in February’s figures. 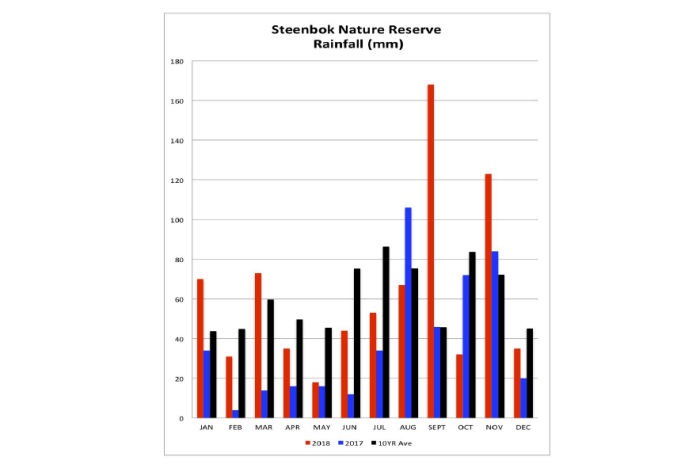