​​November 2022 can claim to be the driest November of the century !

Furthermore, if December does not produce at least 63mm 2022 will go down as the driest year of the century to date beating the so-called “drought” year of 2009 when rainfall figures totalled 550mm.  2009 was a great year for desalination plant salesmen.  Fortunately Knysna has since upgraded its pumping system but the Department of Water Affairs could well call a halt to excessive abstraction of water from both the Knysna and Gouna rivers.  They monitor the situation up at the Charlesford weir, the head of the tidal effect.

Thanks to Dave Reynell for your report and Peter Godsell and Peter Dieterich for the November tables. 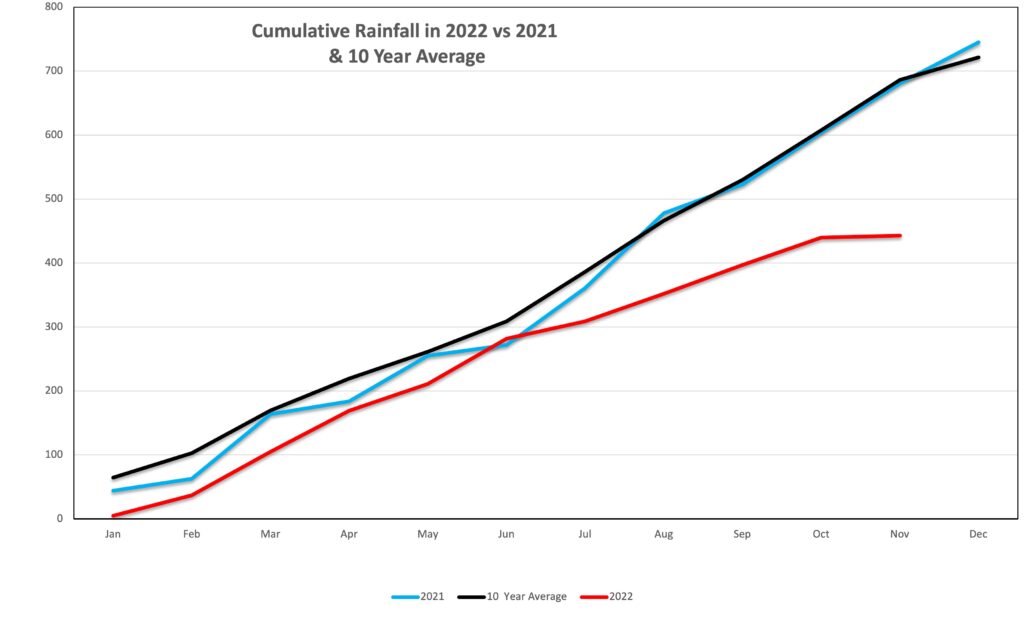 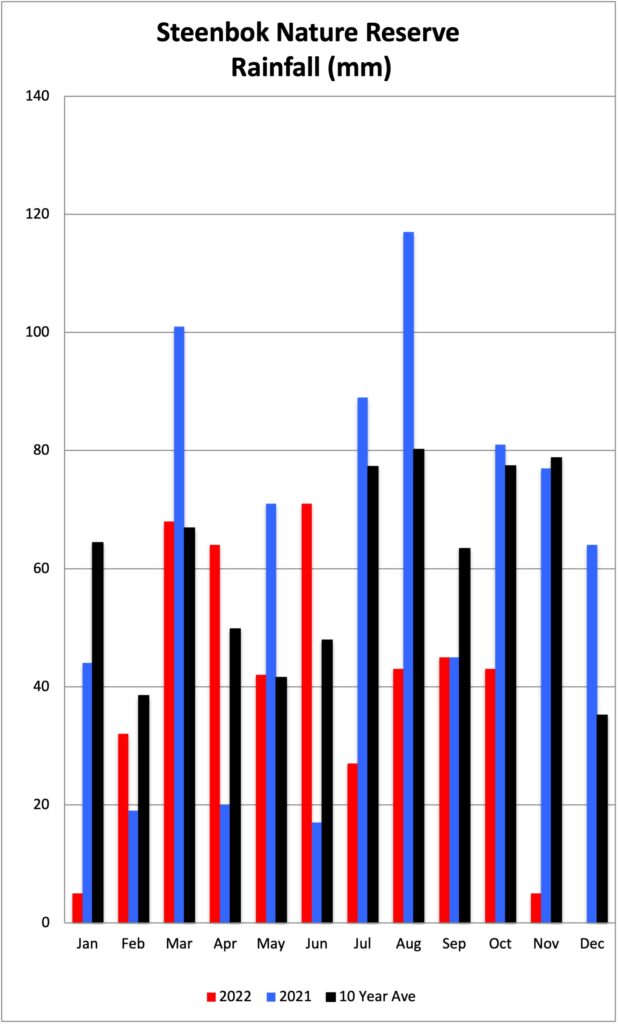