There is a big patch of flat grass in Steenbok that can be used for all sorts of activities.

A brief history of this area is that it was once a golf course and you can still find enthusiastic golfers happily PUTTing there.

Most Saturdays this area is full of children playing or celebrating their birthdays.
Here are a few birthday party games that have been spotted in Steenbok during our sunny winter weekends. 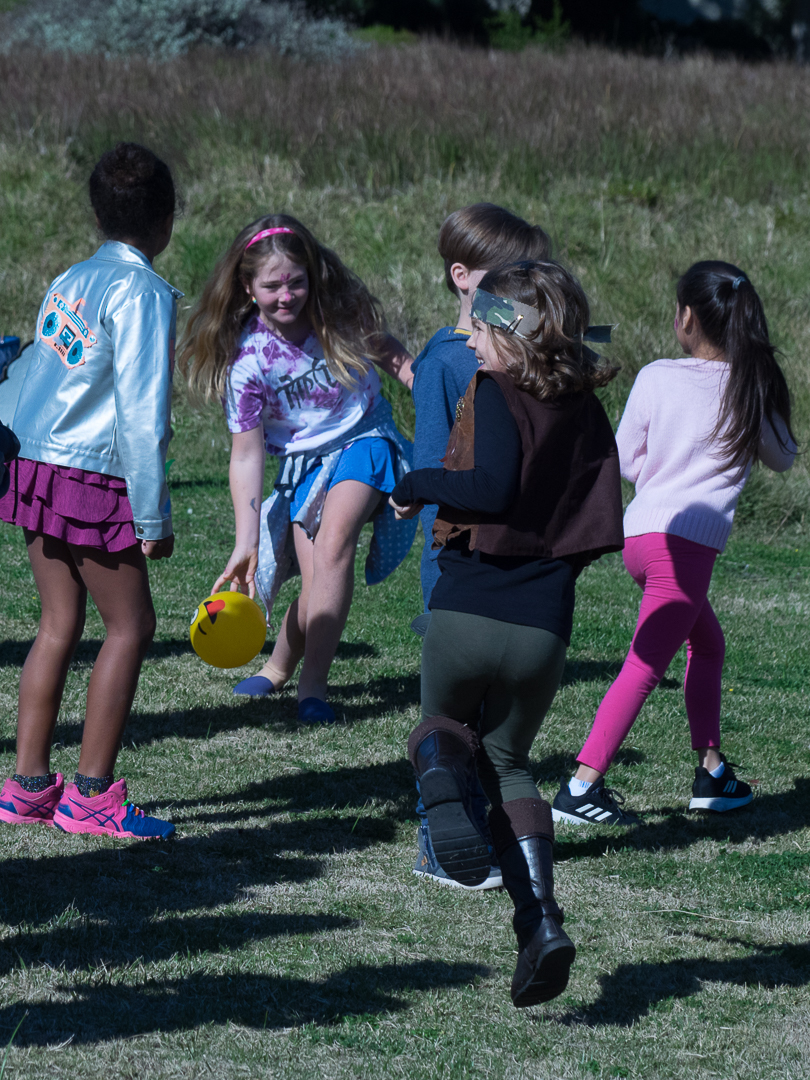 Ancient dodgeball was played in Africa about 200 years ago.  But instead of a nice rubber ball, ROCKS were thrown at you and if you didn’t dodge them – EINA!!!*

Not really a game it was more of a way to get warriors ready for battle.  It made sure they were strong and fit and fast enough.  Er, or wounded and dead – a perfect example of survival of the fittest!  Remember to be grateful for when you were born in history.

DON’T try this at home or anywhere! but if you go down to Steenbok Nature Reserve the big grass patch is  perfect for some fun dodgeball action.  And don’t whine when you get hit.., it’s not like it’s a rock! 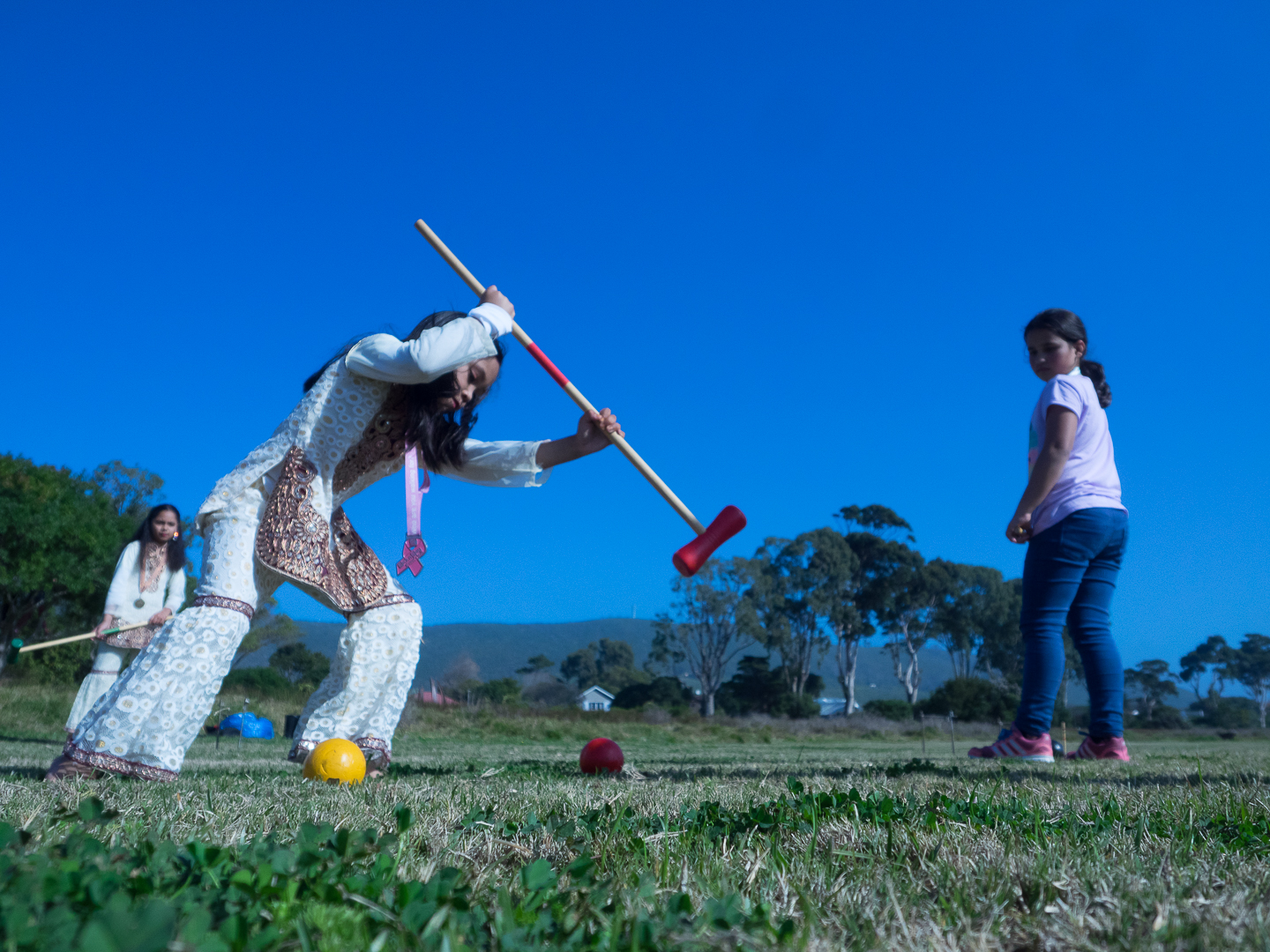 With a name like this it must be French!  Pronounced [CROW-KAY] this game is played with a very hard ball (like a wooden hockey ball) and a mallet (a wooden hammer type gavel*; can also be used for bashing in tent pegs).  The aim of the game is to hit the ball through a pattern of teeny tiny cute-looking little wickets.

It became very popular in England and was played at Wimbledon.  Tennis wasn’t even heard of in those days.  Roger Federa would have been tapping a croquet ball at Wimbledon!  But tennis appeared in the 19th century and took off and took over.  Most of the croquet fields were then turned into tennis courts.  Borrow your grandparents’ croquet set and spend a delightful afternoon at the Reserve.  Maybe even with some cucumber sandwiches?!  *Gavel – a small mallet type hammer used loudly by judges to announce someone guilty or innocent; used to bash on a little wooden block NOT the guilty or innocent people. 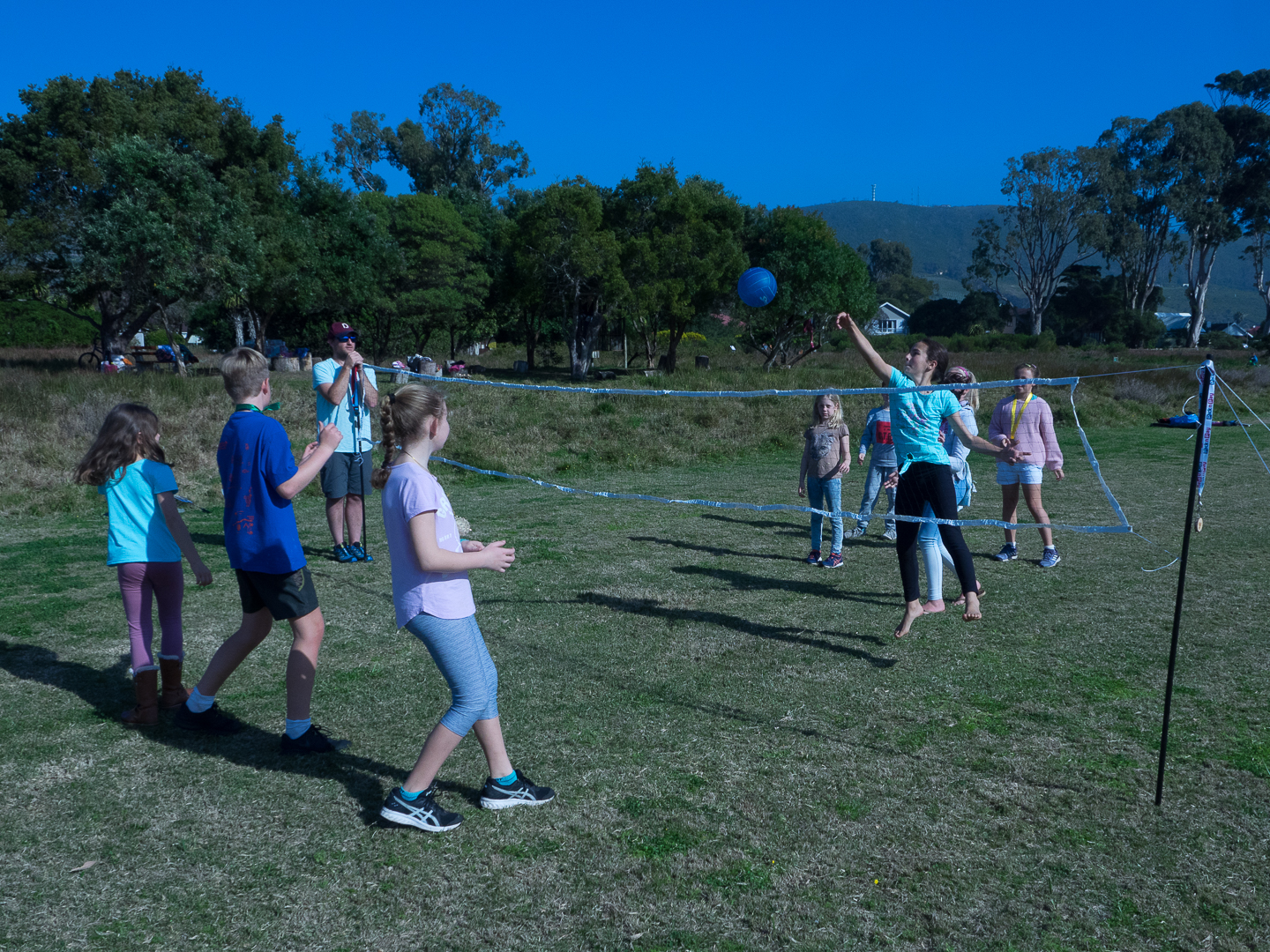 comes from the U.S.A.  Basketball had just been invented and in 1895 a Mr. William G. Morgan decided to mash basketball, baseball, tennis and handball together to make what he called MINTONETTE.

He may as well have called it basketbasetennhandball!  Volleyball is now a popular sport played indoors or outside, on fields, courts and even on beaches.

We’re not sure why but apparently nudists like to play volleyball.  MAKE SURE YOU’RE WEARING YOUR CLOTHES and grab a volleyball and net and your friends and go play some ‘mintonette’ at the reserve.