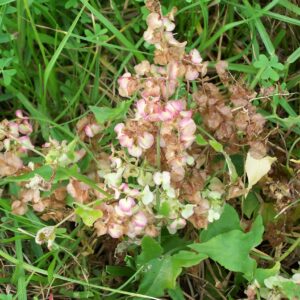 This is a climbing or sprawling perennial plant which is usually dioecious (i.e. where the male and the female reproductive organs are on separate plant).

The leaves are shaped like an arrowhead  (which is where this plant get its species name from) with undulating margins.  The flowers appear in clusters but are insignificant. The seeds, on the other hand, are attractive and colourful with a range of pale green, cherry or russet colours.