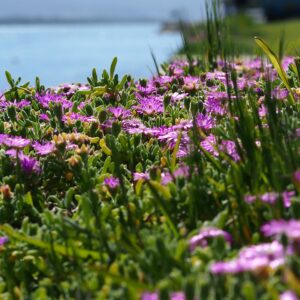 Robust succulent perennial with trailing stems which quickly forms a dense ground cover. The leaves are finger-like are triangular in cross-section and the flowers are pink. It has a long flowering period, nearly all year round.